Who are the top WAGs of Asian Footballers?

Which is your favourite WAG?

You may not recognise this young looking lad but this is Espanyol’s Chinese striker Wu Lei in his younger days! The PRC striker is currently killing it in Spain.

Along with him is his wife Zhong Jiabei. The couple got married in 2014 and have 2 children from their marriage. 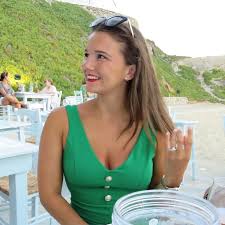 This really sweet looking girl is the wife of Australian footballer Massimo Luongo who currently plays for the Owls in the English Championship. Shelley has been married to Massimo since 2015 and the couple has a child named Maxwell.

This stunning looking sports person is Singaporean national Silat athlete Nurul Suhaila Mohamed Saiful and she also happens to be the girlfriend of Singaporean football legend Fandi Ahmad’s eldest son Irfan Fandi. The pair has been dating for a long time since getting to know each other when they were both studying at the Singapore Sports School.

This dreamy looking Japanese girl is the spouse of Japanese captain Makoto Hasebe! Arisa Sato is both a Japanese model as well as a newscaster and the couple got married in 2016.

This is Vietnamese singer Nhat Le and she’s the girlfriend of up-and-coming Vietnamese international footballer Nguyen Quang Hai and was one of their top performers at the recently concluded AFC Asian Cup. The pair frequently shares photos of themselves on their social media.

This gorgeous looking Thai lady called Chatkamon Muayman is the wife of Thai footballer Teerathon Bunmathan, known more affectionately to the Thai fans as Aum. The footballer is currently plying his trade with J-league side Yokohama F.Marinos and we think his beautiful wife will likely be able to pass off as a Japanese as well!

FF Hobbit is an avid football and fantasy football fan who simply can’t make up his mind.

Torn between his love for 2 football clubs amidst other interests, he has a dogged determination to do well in whatever he does.

About FF Hobbit 28 Articles
FF Hobbit is an avid football and fantasy football fan who simply can't make up his mind. Torn between his love for 2 football clubs amidst other interests, he has a dogged determination to do well in whatever he does. Unfortunately, fantasy football fame has eluded him thus far.